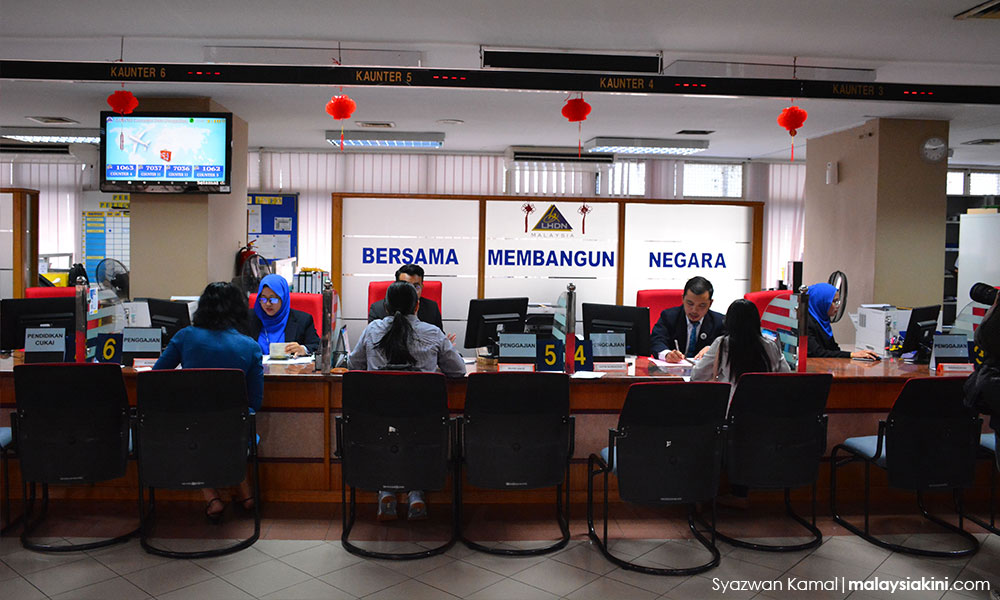 “Civil servants pay taxes too,” is the response from Congress of Unions of Employees in the Public and Civil Services (Cuepacs) president Adnan Mat to those who claim that civil servants’ salaries at a time the country is grappling with the Covid-19 pandemic come from the taxes paid by workers from other sectors.

In fact, Adnan said, the annual salary and bonus paid to civil servants were way lower compared to those earned by private sector employees.

“During the movement control order (MCO) period, yes we (the civil servants) are getting paid but there is no need to touch on the taxation system because we too pay taxes. Our income is way less. While the bonuses paid out in the private sector are way higher, we only get RM500 annually.

“That’s something we never squabbled over because we are serving the country,” Adnan said when contacted by telephone during the Ruang Bicara television programme titled “Workers and the Challenges of the New Normal Culture” on Bernama TV last night.

Adnan (below) also stressed that civil servants whose spouses worked in the private sector or were self-employed also felt the impact of the MCO like everyone else.

He said the household income of most civil servants in the country was generally supported by a second income to meet the rising cost of living and the need to pay housing loans and such.

“It’s wrong to say that civil servants are not affected by the MCO. There are couples who work in the private sector, are self-employed, become seamstress and so on, who have been affected by the MCO. With the high cost of living and 20 to 30 percent of their household income being used to pay housing loans, civil servants are also affected,” he said.

Adnan said civil servants still gave their best, although they have had to work under a new normal due to the various changes currently faced by the country.

This, he said, was to ensure the people would not complain and still had access to government services, despite the MCO.

Touching on the topic of this year’s Labour Day celebration by Cuepacs, he said it would be different compared to previous years as there would be no gathering and it would be streamed live via the congress’ Facebook page, 9am tomorrow.

Themed Pekerja Tunjang Kelestarian Negara (Workers the Pillars of National Sustainability), the two awards to be handed out to recipients - the Anugerah Majikan Prihatin (Caring Employer Award) and Tokoh Hari Perkerja Cuepacs (Cuepacs Labour Day Personality) - would be delivered to the winners in accordance with existing MCO guidelines.

Apart from that, Cuepacs will also honour the frontliners for their efforts to help contain the spread of Covid-19 as part of their Labour Day programme.