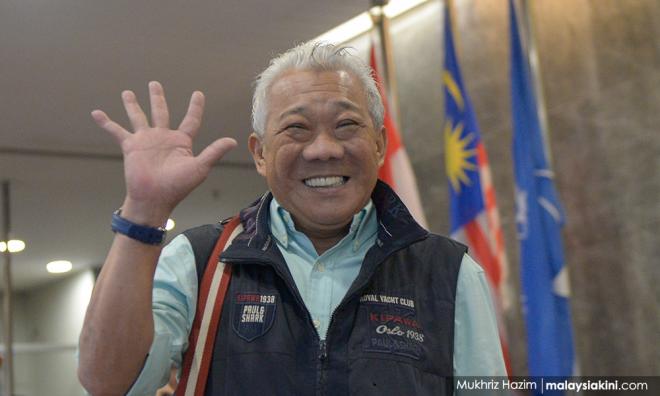 YOURSAY | Sabah will decide whether Bung’s Umno has changed

YOURSAY | ‘What has changed? They were the party in power for 60 years…’

Bung: Give us a chance, we have changed

But what has Umno changed? They were the party in power for 60 years and Malaysia has not developed economically into an advanced nation but fell way back among the Asian Tigers.

They are still talking about race and religion. Education policies changed constantly for the worse. It is still a one-race party with its New Economic Policy (NEP), telling the other races to leave the country if they don’t like it.

Corruption is still rampant, and the rich get richer and the poor get poorer. It is the same old politicians running the country and they have no new ideas or plans to take the country ahead. It is all about money, power and positions benefiting them and their cronies.

They had their opportunity but they failed. It is time to let others helm the country.

Sabahans must vote wisely and do not fall into these election-time talks and false promises. Vote for a clean government. Umno and its allies do not deserve to be voted back into power.

Ssa: Indeed, what has changed? Be specific, Bung. These types of sweet talk have been going on since Dr Mahathir Mohamad's time but nothing actually happened and the situation has grown from bad to worse.

It is going to be another round of unfulfilled promises, especially when this comes from a race-based party.

Bung, I doubt I can trust your word and I find it hard to surrender my vote to you or/and your allies.

Mushiro: For Bung to insist that Umno and BN have changed and are committed to a fairer, transparent and trustworthy government is an admission that the party was not fair, not transparent, and not trustworthy.

Bung never spoke up when his "Bossku" stole the rakyat’s money. Sabahans should never make the mistake of another term with BN or Perikatan Nasional (PN).

PeakyBlinder: Imagine a politician known for his misdemeanours in the Dewan Rakyat and awaiting corruption charges, having the audacity to tell us that he and his party have turned over a new leaf just before people are going to the polls...

Honma: "We have changed", meaning Bung has admitted that Umno/BN had done wrong to the people.

Look how he carried himself in Parliament - arrogant and abusive. He is not fit to be a representative of Sabahans and Malaysians in general. Now he has the cheek to tell us they have changed.

But once in power, they will change back to their old habits. As the saying goes "old habits die hard."

Clever Voter: Leopards don't change their spots. The same can be said of the recalcitrant politicians, who indeed have got even bolder in doing the unthinkable.

What has Bung and his friends brought to Sabah, a state rich in resources but with one of the highest poverty rates and illiteracy in the country?

Under BN, the state has been raped many times, enriching the politicians including former chief minister Musa Aman, and Bung is no exception.

Business First: Yes, you have changed, but for the worse.

Century Egg: Bung, change means some of you sitting out in prison finishing your terms and reflecting on the misdeed done in robbing and cheating the nation.

Change means going through some penance and admitting wrong and not forgetting to say sorry to the whole nation and asking for forgiveness.

IndigoKite6964: I have never laughed so much reading this news article and reading the many comments responding to it.

Apart from throwing dung straight up so that it will land on himself, Bung has shot both his feet at the same time.

Vent: Desperate times yield desperados of every stripe, especially the corruption-deprived. And we desperately need to laugh in these desperate times.

Bung was bang on in providing us with much-needed comic relief.

Vijay47: Bung, you are walking on thin ice here. Especially after suggesting that caretaker chief minister Shafie Apdal’s use of the term “In God we trust” was in breach of Filipino copyright over the four words.

I regret to inform that in now asking the Sabah electorate to give you a chance, you can soon expect to hear from the Plastic Ono Band’s lawyers for running afoul of their copyright in the lyrics of “Give Peace A Chance”.

I am sure the damages and compensation they will demand will cost more than a song. In which case, you may soon be singing for your supper.

As an aside, you may be interested to know that “In God we trust” is not used by only the Filipinos, British, or Americans.

Malaysia, or rather Malaya then, had been using the same phrase from as long ago as about 200 years when the mining and export of tin ore formed the foundation of our economic wealth.

We had a slightly different national caption at that time - “Ingot we trust”.

The above is a selection of comments posted by Malaysiakini subscribers. Only paying subscribers can post comments. In the past one year, Malaysiakinians have posted over 500,000 comments. Join the Malaysiakini community and help set the news agenda. Subscribe now.